White Marlin (Kajikia albida), also known as Atlantic White Marlin, marlin, skilligalee, is a species of billfish that lives in the epipelagic zone of the tropical and subtropical Atlantic Ocean.  They prefer warm surface temperatures greater than 22 °C.

There is the possibility of confusing the White Marlin with the Swordfish. As described in the name, the round-scale swordfish has a round broadband front end of its scales. The white needle scales are more rigid and rounded in the posterior region of the scale.

In 1860, Felipe Poey gave the White Marlin the name Tetrapturus albidus. This classification places the species in the same genus as shortbill spearfish, Mediterranean spearfish, roundscale spearfish, and longbill spearfish. Researchers have identified fossils from the genus Tetrapturus dating back to the Langhian Age 15 million years ago (Mya).

The largest White Marlin reported was:

Within your favorite foods we find

They sometime forage for food with help of other predators. They also obtain food is by diving down in a V- or U- shaped parabola to about 200 m in search of food that is not at the surface. To survive in these lower temperatures and darker environments, White Marlin have larger eyes and a way to selectively warm their eye and brain tissue.

The lifecycle of K. albida begins with a large spawning in warm tropical waters near the equator. Each female can lay 190,000 to 586,000 eggs.

Your favorite places for Withe Marlin to spawn are:

Are a few locations that have been located as prime spawning ground for White Marlin. They return to the warm, shallow, equatorial waters each year to spawn. Growth of White Marlin is very rapid, with males reaching sexual maturity at only 153.2 cm LJFL and females becoming sexually mature at 189.9 cm LJFL.

White Marlin are ram ventilators, which means they have to be constantly moving to breathe. Many have made long transatlantic journeys.

Take a Look at Our 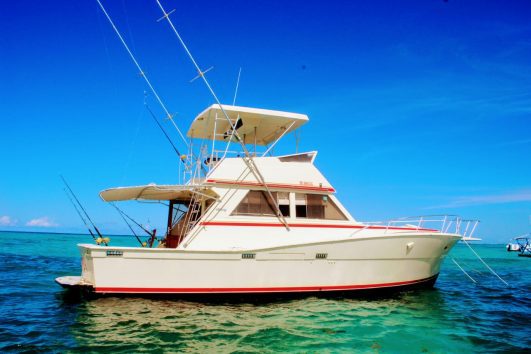 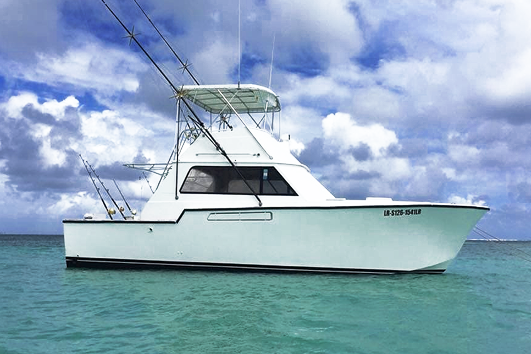 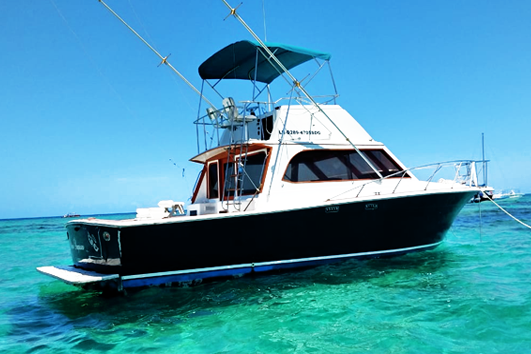